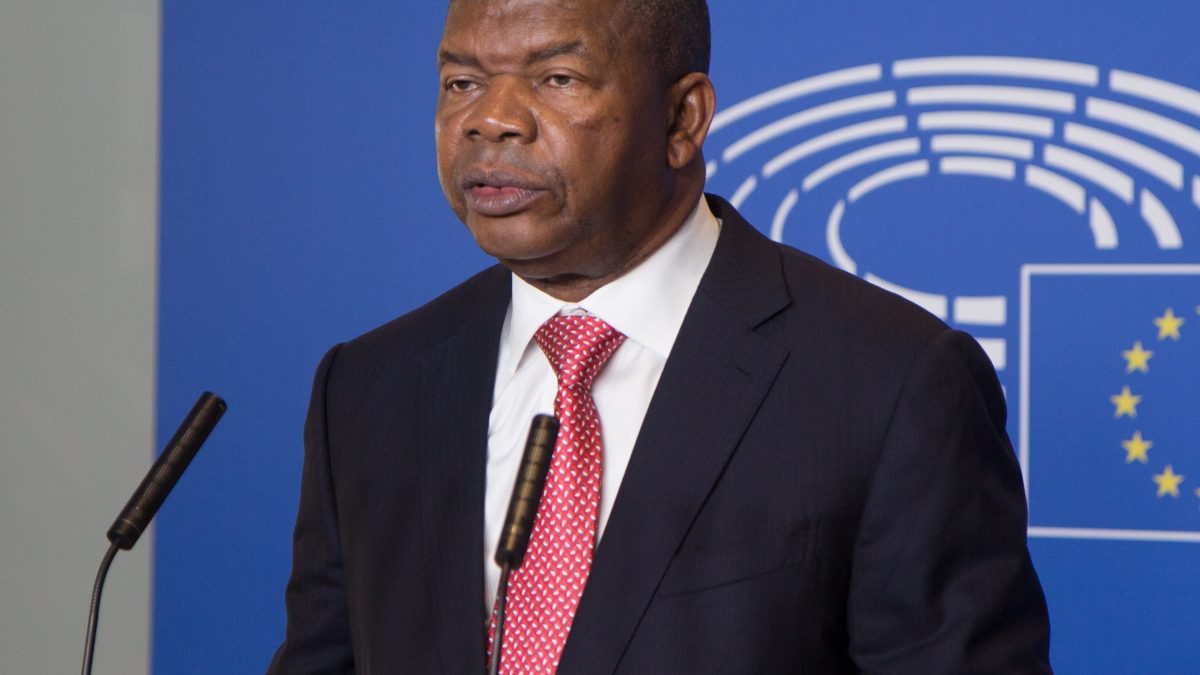 According to Angolan President João Lourenço, one of the strategies to reduce Angola’s carbon footprint is to increase the use of natural gas as a major transition fuel. Image credit: Wikimedia Commons

Calls on African countries to transition to renewable energy and cease oil and gas activities are getting louder. What these voices fail to acknowledge, however, is that there is a smarter and safer way to transition to green energy that won’t put Africans in jeopardy.

Article first published by the African Energy Chamber in anticipation of African Energy Week, which took place in Cape Town from 9 to 12 November 2021.

According to João Lourenço, President of Angola, a just energy transition for the country is paramount. This process should include energy security, energy sovereignty, and energy access for all.

Diamantino Azevedo, Minister of Mineral Resources, Petroleum and Gas, says investment is needed in the energy sector as the government seeks to guarantee the self-sufficiency of refined products. Azevedo adds that government is driving the implementation of three refineries which will enable Angola to reach a refining capacity of about 425,000 barrels of crude oil per day.

President Lourenço said in his recent speech at the Russian Energy Week that a one-size-fits-all transition being sought by the West would fail to address the needs of Angola, driving the country further into stagnation to the detriment of its people.

Since the first commercial oil discovery in 1955 in the onshore Kwanza Basin, Angola has grown into one of the largest oil producers on the African continent. The country churns out close to one million barrels of crude every day.

Angola holds more than 8 billion barrels of oil reserves and more than 11 trillion cubic feet of proven gas reserves. Currently, its oil sector accounts for more than one-third of the national GDP and about 90% of its national exports.

But according to Lourenço, these vast oil reserves mean little if there is a lack of investment. “The current pressure to cease production, at a time when we are digging out of stagnation caused by the Covid-19 pandemic, is unreasonable. We watched our country’s GDP shrink by 4% in 2020 and its capital expenditure, often used for new projects and investments, plummet as a result,” Lourenço said.

Attempts to revitalise oil and gas

Azevedo has been working on Angola’s Hydrocarbon Exploration Strategy 2020-2025, which calls for intensifying exploration and offering new tax incentives to revitalise the oil and gas industry.

The strategy introduces industry reforms that have been contributing to significant foreign investment into oil and gas exploration and projects, even during the pandemic. These reforms could pave the way to economic diversification amid a transition to renewable energy.

Angola has the opportunity to show the world that fossil fuels can play a significant role in moving toward green energy. And they have already begun.

One of the strategies to reduce Angola’s carbon footprint calls for increasing the use of natural gas as a major transition fuel. As a cleaner-burning alternative to coal and other petroleum products, natural gas supplies energy more reliably than current renewable alternatives, enabling accelerated industrialisation as well as energy access for many more Angolans during the transition to renewables.

The national oil company, Sonangol, is developing a Liquefied Natural Gas (LNG) plant that will not only supply much-needed power but will also use associated gas as its primary power source, thus eliminating gas flaring and reducing greenhouse gas emissions.

Sonangol is in the process of being restructured to facilitate investments in green energy. The company has begun work on several solar energy projects, including a partnership with Eni Angola to build a 50-60MW solar power plant. This solar plant is anticipated to come online in 2022. Furthermore, Sonangol has initiated studies on the potential of green hydrogen and biofuels in Angola.

However, without the ‘power’ of oil and gas to finance new technologies and support new initiatives, green energy projects like solar power plants are at risk of failure, to the detriment of the millions of Angolans who already live in energy poverty.

“Not only do we need our oil and gas resources to bridge the way to a broader energy mix, but we are also counting on them to meet pressing needs in the here and now. The oil industry is Angola’s economic lifeblood, and the government’s primary source of revenue. Government depends on it to finance its people’s education, healthcare, and other social services.

“By working to strengthen the oil and gas industry, we are ensuring energy security, energy sovereignty, and energy access for all. This paves the way for Angola’s transition to alternative energy sources.

A successful transition is a just transition. And for the energy transition to be just, Angola must be allowed the time to capitalise on these efforts. Angolans can’t be expected to flip a switch; Angolans will need time to diversify our economy. They accept this, and they are working on this,” said Lourenço.

“There is a serious flaw in thinking that, by curtailing petroleum production, Angola will simply adopt green energy instead on the next day. This is not an either-or situation; it is a transition. It must be fair, just, and equitable. And smooth transitions take time. Despite the campaigns for “Net Zero by 2050,” the transition from fossil fuels to green energies will require years — and likely decades — of broad changes in consumer habits before we see the complete switch to alternative energy sources.”

Angola must be allowed to develop its renewable industry at a pace that makes Angola stronger. Forcing Angola to shutter one of its largest sources of revenue will not cause Angola to move to renewables any faster. If anything, this will slow Angola’s forward progress because the country will lack the capital to pursue it.

According to NJ Ayuk, Executive Chairman of the African Energy Chamber and CEO of the pan-African corporate law conglomerate Centurion Law Group, Angola’s strategy is an example of how the energy sector can be a catalyst for national and regional economic growth.

“Angola must remain undeterred by Western pressures as the country looks to accelerate its programmes of exploration and production of oil and natural gas. Angola has to harness the tremendous potential of its fossil fuels as it looks toward its own energy transition defined by Angola. And Angola deserves the right to continue using Angolan resources to promote the welfare of its people,” says Ayuk.