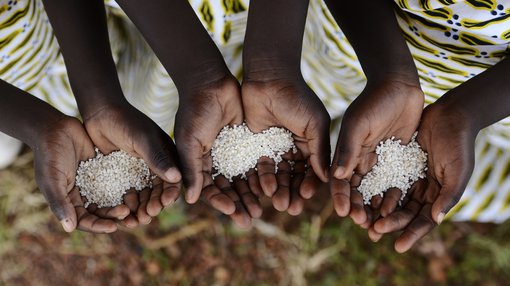 Demand for fertiliser is expected to increase in the future image credit: Finfeed

13 September 2020 – I have been following developments in Angola closely for a while, and the more I look at Australian company Minbos Resources’ Cabinda phosphate project in Angola, the more I like it.

The long-term outlook for fertiliser is exceptional. Most deposits are reasonably easy to develop and mine at low capital costs, and the demand for fertiliser is expected to rise exponentially over the next ten years. With a growing world population, demand for food will increase, while the availability of arable land is expected to shrink. Although Sub Sahara Africa has huge swathes of potentially arable land, the soil is not always fertile, and often requires additional inputs and nutrients like potash, potassium, and phosphates. These important fertilisers could become a game changer for several African countries.

As Angola opens its market following years of centralised control and government looting, it is set to become a favourite destination for mining companies like Minbos. Regardless of the grim outlook painted by rating agencies and economists about its fiscal position, Angola’s new open-door policy and its privatisation drive are attracting more and more foreign investors.

Better known for its prolific oil deposits and great diamond mines, the government under President João Lourenço has wasted no time in attempting to diversify the economy away from oil. Lourenço has also been relentless in his effort to rid the government of mismanagement and corruption so prevalent under the previous regime of José Eduardo dos Santos. In Diamantino Azevedo, Angola has one of the best Minsters of Mineral Resources in Africa. Azevedo has a long history in the mining industry and regards its growth and development as a top priority.

Angola is rich in natural resources and host spectacular mineral deposits of all shapes and sizes. The presence of large mining companies like Anglo American, De Beers, Kumba Iron Ore and Rio Tinto illustrates the fact that the country could be one of the top mining spots in Africa within the next few years.

Rio Tinto is prospecting for copper in the Moxico province while  Anglo has signed five mining investment contracts with the Angolan Ministry in November 2019, in Luanda, three of which for the province of Cunene, for base metals (copper, cobalt and nickel) and two in Moxico (copper, cobalt and silver). Anglo has also been looking at a rare earth deposit in the Cunene province. De Beers is obviously focussing on a few diamond projects in the two Lunda provinces (Norte and Sul) and Kumba is interested in iron ore deposits.

It is not only the majors that are venturing into Angola though. Several junior mining companies, including Minbos Resources, have been awarded licenses for other minerals.

Not only is Minbos’ Cabinda project located in a good neighbourhood, its timing has been impeccable. Covid-19 has arguably strengthened its cause. Not only has the economic impacts of the pandemic weighed heavily on economies across the globe, but geopolitics has shifted, and traditional trade patterns have been disrupted. As agricultural output from African countries increase, more fertiliser will be needed, and this pattern will continue into the foreseeable future. Fertiliser consumption in Africa is expected to reach almost 13.6 million tonnes by 2030 (currently it stands at 7.6 million tonnes) and Minbos is well positioned to take advantage of the agricultural boom throughout the continent.

In March this year, just before Covid-19 turned the world on its head, the Angolan Ministry of Mineral Resources and Petroleum advised Minbos that its tender submission for the Cácata Phosphate Concession (Cabinda Project), located in the Province of Cabinda, had been successful. Not long before that the company released a phosphate resource estimate of 13 million tonnes (Mt) at 26% Phosphorus Pentoxide (P205), including an estimated 7Mt at 30% P205. Minbos intends mining phosphate rock from the Cácata deposit and transporting it to Porto de Caio where the company will build and operate a granulation plant to produce enhanced phosphate rock granules (phosphate rock and MAP).

A Definitive Feasibility Study (DFS) is underway to produce a JORC 2012 Ore Reserve Estimate, including mine schedule, mine infrastructure design and cost modelling to produce a new mine model for the ore reserve report. The completion of the report is imminent. Minbos says that it is working on an offtake agreement with the Angolan government as part of the DFS, which will re-risk the need for development funding for the project. The company remains positive that it will move into full production early in 2022.

With the African population predicted to boom in the next 20 to 30 years, and the global population expected to reach about 9 billion by 2050, the challenge to feed all these people will become greater with each passing year. This means that the soil will need nutrients. Anybody reasonably close to their market will have a distinct advantage. The Angolan government has prioritised agriculture and aims to produce enough food to feed the nation, and to export some of its produce in the future. The country has enough land, but it needs a lot of fertiliser to reach its goals. The question is whether anybody in their right mind is brave enough to bet against Minbos?