Angola shapes up as mining hotspot 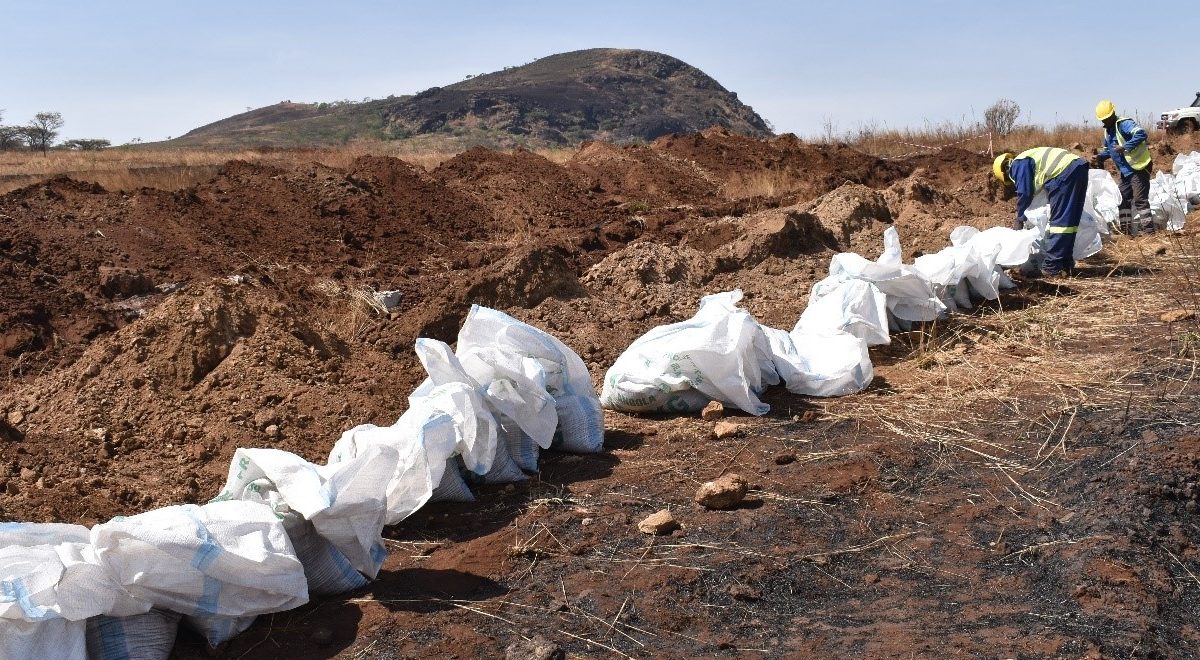 Angola is shaping up to be one of the hotspots for foreign mining and exploration companies trying their luck in Africa.

Regardless of the grim outlook painted by rating agencies and economists about its fiscal position, Angola’s new open-door policy and its privatisation drive are attracting more and more foreign investors.

Better known for its prolific oil deposits and great diamond mines, the government under President João Lourenço has wasted no time in attempting to diversify the economy away from oil. Lourenço has also been relentless in his effort to rid the government of mismanagement and corruption so prevalent under the previous regime of José Eduardo dos Santos. In Diamantino Azevedo, Angola has one of the best Minsters of Mineral Resources in Africa. Azevedo has a long history in the mining industry and regards its growth and development as a top priority.

Angola is rich in natural resources and host spectacular mineral deposits of all shapes and sizes. The presence of large mining companies like Anglo American, De Beers, Kumba Iron Ore and Rio Tinto illustrates the fact that the country could be one of the top mining spots in Africa within the next few years.

Rio Tinto is prospecting for copper in the Moxico province while  Anglo has signed five mining investment contracts with the Angolan Ministry in November 2019, in Luanda, three of which for the province of Cunene, for base metals (copper, cobalt and nickel) and two in Moxico (copper, cobalt and silver). Anglo has also been looking at a rare earth deposit in the Cunene province. De Beers is obviously focussing on a few diamond projects in the two Lunda provinces (Norte and Sul) and Kumba is interested in iron ore deposits.

It is not only the majors that are venturing into Angola though. Several junior mining companies have been awarded exploration licenses for lesser known minerals. The renewable energy boom and new technology has increased demand for battery metals and other minerals used in high-tech innovations.

Pensana Rare Earths has secured funding from major shareholders including more than USD7-million from the Angolan Sovereign Wealth Fund. The company, which recently listed on the London Stock Exchange, is developing the Longonjo neodymium-praseodymium oxide (NdPr) Project close to Huambo in central Angola. Huambo is the third largest city in Angola. Longonjo is about 4km from the sealed national highway and adjacent to the Chinese-built USD1.8-billion Benguela rail line that connects the port of Lobito, on the Atlantic, with Huambo. It is also in the vicinity of the power transmission line bridging Caala (38km east from the site) and the Luaca Dam interconnecter transmission line.

Pensana Rare Earths has reported high-grades from a recent 8000m drill program. The infill and reverse circulation (RC) drilling program will support the company’s bankable feasibility study (BFS). Pensana is targeting an initial 15-to-20 year mine life based on the weathered zone mineralisation at Longonjo.

The program was completed in March however COVID-19 travel restrictions caused a delay in receiving samples and assay results. The latest results account for 34 drill holes for 1939m. The results confirm particularly high-grade intersections from surface in the area of proposed first mining.

“These latest intersections from surface prove the continuity of the high-grade weathered mineralisation in the area that will be the focus of mining in the early years,” says executive director and CEO Dave Hammond said.

“The thick mineralised intersections returned from the fresh rock beneath the weathered zone, many of which remain open with depth, are very encouraging and support the potential to expand the project further on the successful completion of metallurgical test work,” he adds.

Meanwhile mining company Niobonga is investing close to USD100-million to launch the exploration of niobium, in the Angolan province of Huíla. Niobonga is controlled by Hong Kong´s Sunshine Industry and businessman Wu Hongsai. Speaking at the presentation of the project, the administrator of the municipality of Quilengues, Adriano Pedro, said the concession, covering 160km2, located in the Carbonatito complex in Bonga and Tchivira, will be explored by the Niobonga in partnership with Angola´s Ferrangol. Niobium, a rare superconducting material used in the space industry, will be explored for the first time in that area of ​​the country. It is considered one of the rarest minerals in the world, used for the manufacture of turbines, spaceships, airplanes, missiles, the electronics industry and power plants, as well as for the production of steel alloys or superconductors.

If there was one country to keep an eye on in the next few years, my pick would be Angola. The country faces many challenges (which country in the world does not) but its mining potential cannot be denied. The government has done decent geophysical surveys although there are still many unknowns. Licenses are still on offer, and first movers will be well rewarded.