Afrimat earns their right to mine in the Northern Cape 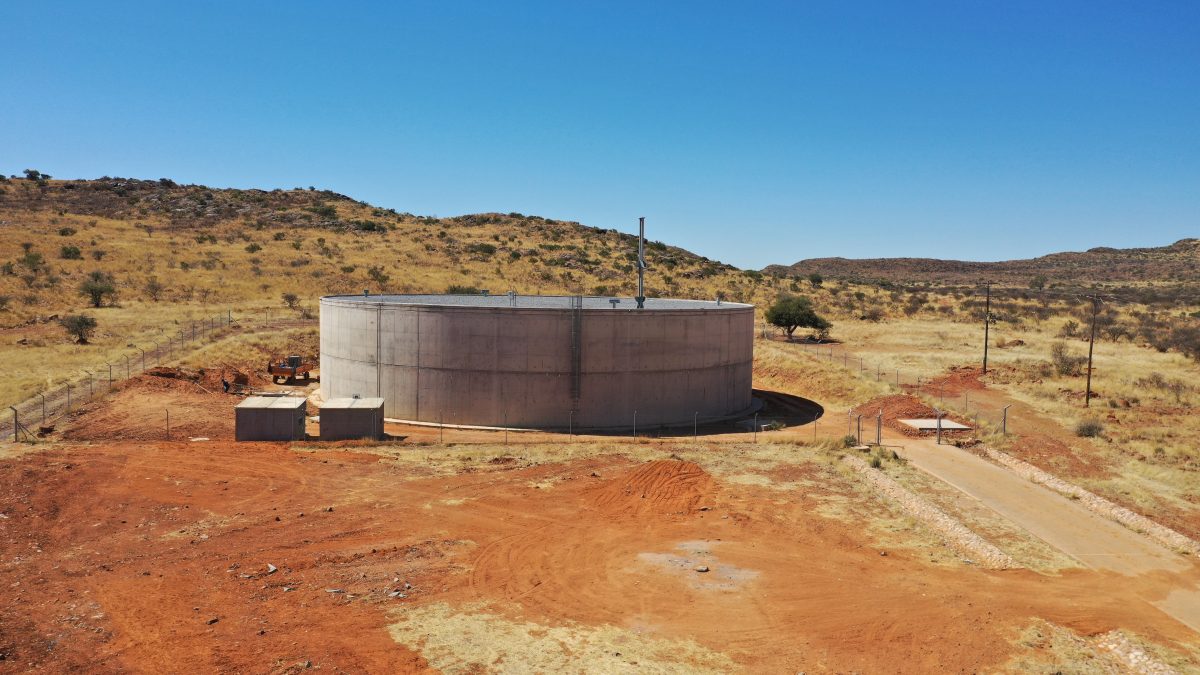 Afrimat’s Demaneng iron ore mine recently announced that they would fund the construction of a bulk link-line from three boreholes to a 7ML reservoir, to assist with alleviating the prevailing water issues in the town of Olifantshoek, close to the mining operation. Image credit: Afrimat

Afrimat earns their right to mine in the Northern Cape

The mining industry has changed gradually but fundamentally over the past decade. Community and environmental issues, regarded by mining companies as “soft issues” 10 years ago, are now at the forefront of what mining companies do, writes Leon Louw WhyAfrica editor and founder.

How mining companies mitigate their environmental impacts and to what extent they earn their right to mine within a certain community, determines their funding and affects their shareholding.

A new generation investor is looking for nimble companies with smaller overall footprints that doesn’t stay for too long, and that invests in rehabilitation and closure right from the word go. But most of all, mining companies are expected to earn the right to mine within the communities where they operate.

In a country like South Africa, where the government has not always been able to provide communities with basic needs, it has become second nature for mining operations to do that, and no longer a choice. In the absence of service delivery, it is expected of business, and especially mining companies, to assist local government and in many cases to take over municipal functions. In most cases mining companies do not hesitate and in that way earn community (and government) buy-in.

I have been following the run-up to South Africa’s local elections. It is clear that (especially in rural communities), there is limited service delivery and water provision remains one of the big issues. Thousands of people in South Africa still don’t have access to clean, running water.

It was therefore heart-warming to see one of those nimble mining companies that I mentioned above, stepping in and earning their right to mine in the Northern Cape.

Afrimat’s Demaneng iron ore mine recently announced that they would fund the construction of a bulk link-line from three boreholes to a 7ML reservoir, to assist with alleviating the prevailing water issues in the town of Olifantshoek, close to the mining operation. The project forms part of Afrimat Demaneng’s local economic development initiatives.

Olifantshoek, situated in the dry Gamagara local municipality in the Northern Cape, has limited water resources, with the community being greatly dependent on ground water. The exponential growth in and around Kathu, has further exacerbated the water crisis in the area, with taps running dry for weeks on end.

Employees of Afrimat’s Demaneng Mine, who reside in Olifantshoek, brought this matter to the attention of management. Demaneng’s management team opted to engage with the local municipality and the Department of Mineral Resources and Energy (DMRE) to find sustainable solutions to this issue, in an effort to not only assist the mine’s employees, but the community as a whole.

To raise more funds, Demaneng, with the assistance of the DMRE, approached neighbouring businesses to collaborate on the project where Afrimat acted as the project coordinator.

Phase 1 of the project was funded by the Gamagara local municipality and entailed the drilling and equipping of six boreholes and construction of pump houses. Phase 2A necessitated the construction of the bulk link line from three boreholes to the 7ML reservoir.

Selenane and Metsweding Consulting Engineers were appointed as contractor and consulting engineers for Phase 1.

They also continued with Phase 2 A, with the assistance of Wholetrade Projects as a local sub-contractor from Olifantshoek and BVI Consulting Engineers, as an Afrimat appointed project engineer.

B-Safe Africa SHEQ Projects were appointed as safety consultants for both phases.

To ensure local labour and SMMEs got the opportunity to work on the project, seventeen (17) local people and five (5) local SMMEs, including the subcontractor, where hired for the project.

Phase 1 commenced on the 1st of February 2021 and was completed by the 2nd of September 2021; and phase 2A commenced on the 8th of July, to be handed over to the Gamagara local municipality on the 19th of October 2021.

In a world where it is expected of mining companies to do a lot more than just mining, Afrimat’s efforts in the Northern Cape is a good indication of where we are heading in Africa. This will become the norm, and if mining companies are not prepared to earn the right to mine in their communities, their operations will fail.