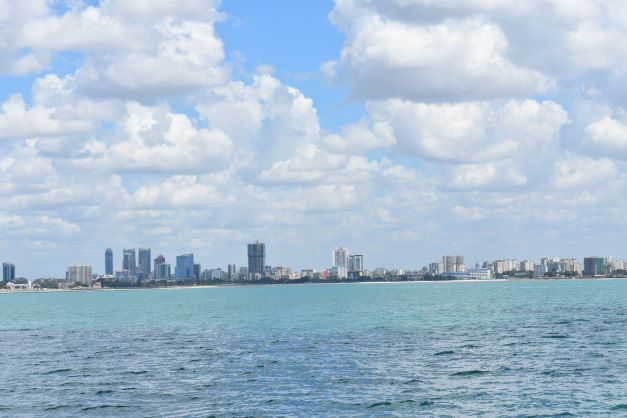 Despite facing several challenges, Africa’s cities have provided easier access to services, jobs and infrastructure for millions of people in the last 30 years, compared to smaller communities, a new report finds.

The report Africa’s Urbanisation Dynamics: The Economic Power of Africa’s Cities, shows that urban areas in Africa have outperformed the countries in which they are located by higher margins than seen in other parts of the world.

According to Dr. Ibrahim Mayaki, CEO of AUDA-NEPAD and SWAC’s honorary president, African cities have maintained their economic performance despite growing by 500 million people over the last 30 years, providing several hundred million with better jobs and improved access to better jobs and infrastructure, this in a context of very limited public support and investment.

The report finds that urbanisation has driven approximately 30% of Africa’s per capita GDP growth in the last 20 years. This has contributed to economic transformation in urban areas, where skilled workers account for 36% of the workforce versus roughly 15% in rural—as well as access to financial services.

Larger cities positively influence small towns and rural areas in their vicinity in terms of education, infrastructure, and access to services. For example, the share of rural households that has a bank account is twice as high among rural households that live within 5km of a city as among those that live 30km from the closest city.

“Africa’s urban transition is shaping the continent at a very fast pace and this shift is not just demographic. It is an economic and social transition,” says Edlam Abera Yemeru, ECA’s Ag. Director, Gender, Poverty and Social Policy Division.

“Africa has a unique opportunity to get urbanisation right, as most of its urban growth has not yet taken place. Cities and urban growth need to be planned in advance, it is impossible and sometimes too expensive to undo and redo the physical form of cities once urbanisation happens,” she says.

Yemeru adds that there is a strong connection between African urbanisation and its youthful population. She says that between 1980 and 2015, Africa experienced a 362% increase in the number of youth residing in urban areas. According to the report, children in large cities receive almost five years more education on average than children in rural areas.

“Urbanisation is one of the most important transformations the African continent will undergo this century,” says Solomon Quaynor, African Development Bank Vice President for the Private Sector, Infrastructure and Industrialisation.  Quaynor reiterates Dr Mayaki’s point that evidence should lead to policies and then to funding, and urged stakeholders to pay attention to anticipated demographic, social and economic transitions that will influence and be influenced by Africa’s growing urbanisation.

The African Development Bank has raised its financing for the urban sector from an average of €100-million a year in 2005-2009 to more than €400-million in 2018.   In 2020, it launched the Urban and Municipal Development Fund to scale up support for African urban development in line with the Sustainable Development Goals and the Bank’s High-5 operational priorities.

More recently, the Bank provided €22.4-million in funding for preparatory studies for the USD15.6-billion Abidjan-Lagos highway corridor, a project that will link the two cities via Accra, Lomé, and Cotonou and create an axis generating nearly 75% of commercial activity in the West Africa region.

Cities could be even more powerful engines of growth, according to the report, which offers recommendations for policymakers to strengthen the economic potential of urban areas. National governments should anchor cities in urban planning through better coordination of national and local development policies and investing in services and infrastructure to connect cities and raise productivity.

Governments should also boost local resource mobilisation and investment capacity by increasing local sources of revenue in the form of taxes, tariffs and fees and access to debt financing.