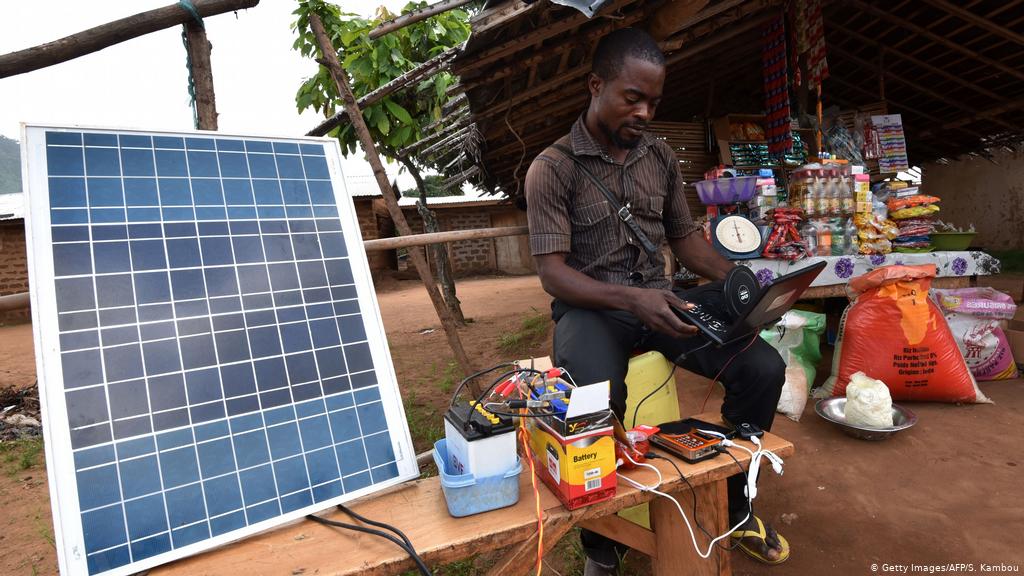 In a recent webinar about Germany and Africa’s economic relations after Covid-19  panellists discussed how to mobilise German investment into the African energy sector, establishing clean energy and digitalisation as two major pillars of economic and investment cooperation.

In recent years, the African continent has shifted to the forefront of Germany’s foreign policy and development agenda, with programs rolled out under the country’s USD1.1-billion Development Investment Fund for Africa, which is primarily dedicated to easing the entrance of German businesses into African markets.

The Germany Africa Business Forum (GABF), a private think tank whose goal it is to strengthen investment ties between Germany and Africa, co-hosted the webinar.  GABF was co-founded by moderator Sebastian Wagner. In July 2019, the organisation announced a multi-million dollar funding commitment to invest in German energy start-ups that focus on Africa.

A prime example of German-African cooperation lies in Equatorial Guinea, which employed two German contractors in the construction of West Africa’s first LNG storage and regasification plant located on the country’s mainland.

“Equatorial Guinea initiated the Gas Mega Hub, in which we are capturing gas from Noble Energy’s Alba and Alen fields, building a pipeline and bringing it to onshore Punta Europa gas processing facilities,” said Gabriel Mbaga Obiang Lima, minister of Mines and Hydrocarbons of Equatorial Guinea in his keynote address. “The resources are here. We just need to make sure that we have the technology to transfer the goods. In Equatorial Guinea, there is substantial opportunity for synergy between Equatoguinean and German companies. This is not a country that is uncharted territory, or in which the resources are not there. We already produce oil, gas, condensate, methanol and CNG, and are going to start mining. As a result, to enter the market requires technology of transformations,” said Lima.

The G20 Compact with Africa (CwA) was initiated under the German G20 presidency to promote private investment in Africa through improvements of the macro, business and financing frameworks. The efficacy of the initiative has been demonstrated in countries such as Senegal, which enjoys a long-standing partnership with Germany that has mobilised over €1-billion in funding. “Germany-Senegal cooperation is rich in lessons, in terms of a project approach that is focused on the mode of intervention and implementation through Deutsche Gesellschaft für Internationale Zusammenarbeit (GIZ) and KfW Development Bank, which are focused on technical operation and financial cooperation, respectively,” said Ibrahima Mané, director general for Cooperation & Financing for the Republic of Senegal. “GIZ intervenes upstream to create pre-conditions for financial intervention, leading to better project preparation. KfW carries out studies before the agreement is signed and recruits an international consultant to support the implementation. In addition to receiving a grant last year to create a more attractive investment climate for FDI, Senegal is working on a new law for Public-Private-Partnerships. The second phase of the Plan for an Emerging Senegal is focused on private sector development and bringing more clarity and transparency to help investors feel comfortable.”

In Senegal, Germany plays a significant role in power projects through investment in small-scale plants and renewable energy, facilitated by its agreement with the CwA that has supported almost 800 SMEs in the country. “We currently have more than €200-million in undergoing projects, primarily focused on renewable energy, energy efficiency and access to electricity throughout the whole country,” said Ibrahima Mané. “No exclusivity and no exclusion – the energy sector is not dominated by one partner. It is a dynamic sector with many bilateral and multilateral partners. Germany is making a major contribution in the field of renewable energy, principally through power plants of 25MW implemented in areas outside of Dakar.”

With a recently approved investment law and a top regional ranking in the World Bank’s Ease of Doing Business Index, Rwanda maintains an attractive investment climate for foreign direct investment, in part due to strong collaboration between public and private sectors.  “The Rwanda Development Board has a responsibility both on the policy side to keep the country reforming and improving, and on the project development side, in the promotion of projects and implementation,” said Tim Gengnagel, deal accelerator for the Rwanda Development Board. “Having a trusted government partner in that implementation journey is key to not only attract investment, but also to create the jobs and exports that we are craving for.” The Rwanda Development Board echoed the need for German entrants to the market to be familiar with market size. “One point of concern that we hear from German companies is the small market size,” said Tim Gengnagel. “With many German companies, they try to sell products, which is a good first step into a market. However, if you are investing on the continent and in Rwanda, you are not only investing in a consumer market, but also making a regional investment and an export investment.”

In addition to boosting electricity access and fuelling a clean energy transition, key opportunities for German companies in Africa remain in digitalisation, as German businesses possess the technical expertise and know-how to enable knowledge and technology transfer. “Opportunities are immediately available, in terms of smart-grids, automation of metering systems, automation of production lines and adoption of FinTech. On top of that, we are seeing companies invest in training youth and the utilisation of digital technologies,” said Onyeche Tifase, head of Strategy, Technology & Innovation, Oil and Gas Divison for Siemens Energy. “For German companies that are in the high-tech space and have found ways to create a success story in advanced countries, now is the time to transition to Africa. Furthermore, with the African Continental Free Trade Agreement, we are seeing an even greater push toward industrialization. We are hoping for Nigeria to become a net exporter, and this cannot be done without digitalisation.”

Despite a wide range of investment opportunities in the African energy sector, limiting factors still constrain the advancement of industrial and manufacturing abilities on the continent, which include local content and skills development. “Why would people consider entering the African market? The better question is, ‘Can you afford to ignore Africa?’ The return on foreign investment is the highest in the world, and the continent also carries a significant availability of land for agricultural production,” said Kenneth Reed, managing director for GEA Group, Southern & Eastern Africa. “That said, the advice is to be aware of the differences between African and other cultural norms, as well as the actual market size and how much money you are going to invest. In addition, the shortage of skills, the need to create jobs and the need to enhance skills is critical to the collaboration between German companies and Africa.”

The GABF will, in cooperation with AOP Webinars, host future webinars that address the political, social and economic interdependence between Germany and Africa.

The article was first published by the African Energy Chamber.