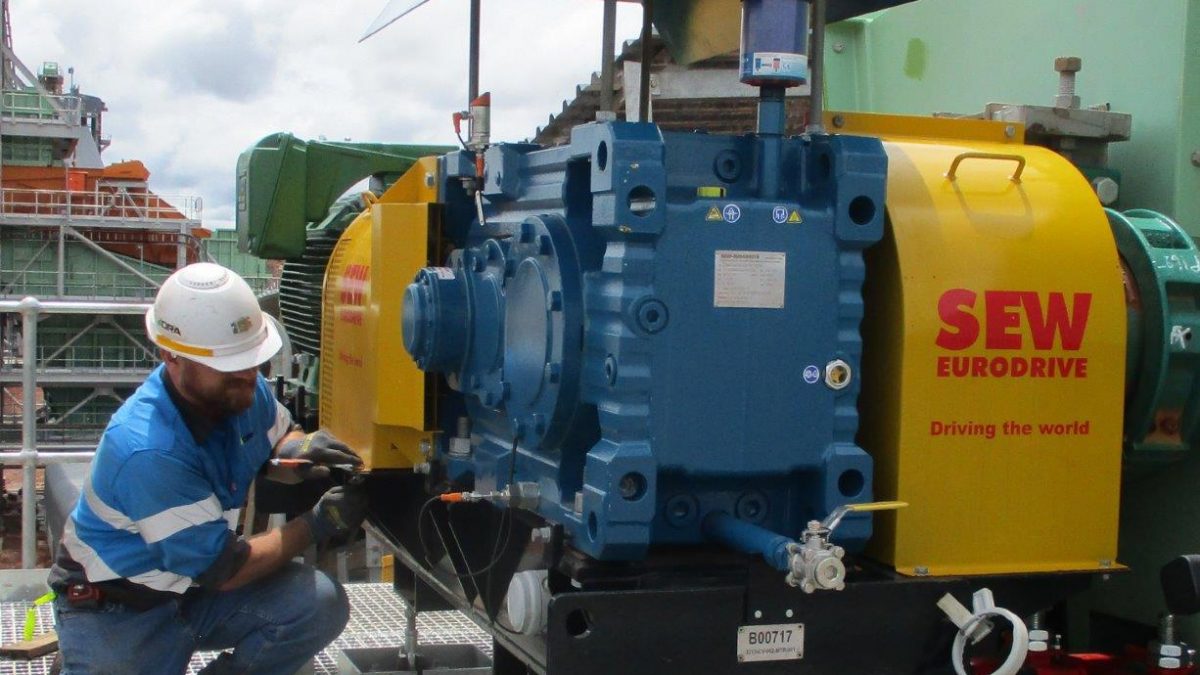 There is no question that Africa offers numerous investment opportunities. Despite negative perceptions, Africa, and South Africa, especially, is ripe for investment.

Although South Africa had to overcome a number of challenges over the past year or two, there is no doubt that the country remains an attractive investment destination in Africa.

Sew-Eurodrive, specialist in drive and control technologies, is betting its money on South Africa and recenlty invested about R200-million into a new high-tech facility near  Aeroton, Johannesburg, in the Gauteng province of South Africa.

According to Raymond Obermeyer, Managing Director of Sew-Eurodrive, African, and South Africa, has made significant progress in overcoming its challenges.

“Despite a persistent infrastructure deficit Africa is making progress in mobilising resources for infrastructure development and bridging the gaps in the provision of ICT, energy, water, sanitation and transport,“ says Obermeyer.

The South African Department of Trade and Industry met with Sew-Eurodrive last week to discuss the company’s R200-million investment into South Africa. The discusions took place ahead of the German Africa Investment Conference that happens this week.

According to Deputy Minister Fikile Majola, a dynamic manufacturing base is critical for increasing the economic multiplier in an economy and helps to expand its technological base, creating jobs that foster inclusive growth.

South Africa has implemented a number of policies and interventions aimed at growing its manufacturing base away from a mere provider of raw materials and unprocessed products to the rest of the world to becoming a manufacturing hub on the African continent.

Despite being considered a hopeless continent by The Economist a little more than two decades ago, today Africa is widely regarded as the world’s next growth market. Home to 17% of the global population in 2020, the continent is expected to account for 26% of the world’s population by 2050 and an estimated USD16.2-trillion of combined consumer and business spending.

“There is no question that South Africa and the broader continent offers numerous opportunities,“ insists Obermeyer.

“The continent boasts the fastest growing and second-largest mobile phone market globally and Fourth Industrial Revolution (4IR) technologies are starting to play a growing role on the continent including in the healthcare, financial services and agricultural sectors,” he points out.

Obermeyer says that for Africa to realise a sustainable economic recovery will require investments into those sectors that have the potential to positively impact the continent’s growth in both the short and long term. He adds that an investment in renewable energy capacity, for example, could potentially put the continent at the forefront globally and help it build a climate-resilient and low carbon economy.

However, for the continent to realise its potential will require investment, he says.

“Strategically harnessing investment into growth sectors such as natural resource beneficiation, agro-processing, clothing and textiles, services and the digital economy have the potential to help the continent address the many challenges it faces including youth employment, skills development, industrialisation and infrastructure development,” he says.

Sew-Eurodrive’s new 25 000m2 headquarters in Johannesburg includes a larger warehousing facility which will allow the company to increase its local stockholding, alleviating potential import delays, and an assembly factory.

The new facilities have been modelled on the organisations factory in Graben-Neudorf in Germany which uses Industry 4.0 technologies, intelligently networking people, processes, services and data.

The facility will offer a comprehensive range of solutions for the entire value chain including engineering and selection to start-up and maintenance.

Foreign direct investment (FDI) flows into Africa in the last two decades have increasingly diversified away from extractive sectors into manufacturing, IT services, logistics, communications and renewable energy. In 2004 southern Africa – and South Africa in particular – received 70% of all FDI in the region. By 2018 this had reduced to 30% as a growing proportion of FDI was directed towards Nigeria and East Africa.

The Covid-19 pandemic, however, had a significant impact on FDI flows into the continent. The World Investment Report estimates that in line with declining FDI figures globally, FDI to Africa reduced by 16% in 2020 to USD40-billion from USD47 billion in 2019.

Greenfield project announcements dropped by 62% to USD29-billion from USD77-billion in 2019. Cross-border mergers and acquisitions fell by 45% while international project finance announcements for large infrastructure projects fell by 74%. The one exception to this was renewable energy projects which increased by 28%.

FDI will be slow to recover

UNCTAD’s World Investment Report, published in June this year, estimates that FDI to the continent will be slow to recover and is projected to grow by only 5% this year, although it does expect the momentum to pick up in 2022.

The African Continental Free Trade Area (AfCFTA) protocol, which came into effect in January this year, is expected to stimulate trade on the continent. Obermeyer believes that if it is well managed and implemented effectively – and receives the political buy-in of member states – it has the potential to attract more investments.

“There is certainly no question that it offers the potential for investment, including in infrastructure and logistics as the continent gears up to expand its e-commerce potential.”

“Over a three to five year period the factory will be fitted with many of these same technologies at an anticipated cost of an additional R200-million, providing the company with an opportunity to showcase our extensive capabilities,” explains Obermeyer.

The implementation of AfCFTA will make it easier for the company to service customers beyond South Africa’s borders in the future, he adds.