Africa in the world’s game of chess 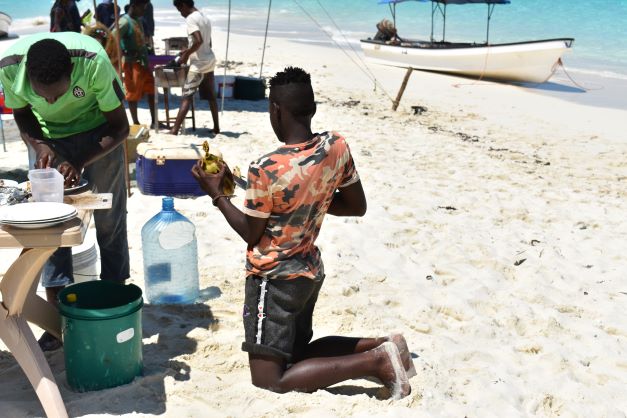 Africa in the world’s game of chess

While a global pandemic dominated news in 2021, interest in Africa by the world’s superpowers grew, reiterating the continents importance on the geopolitical map.

If, in 2002, there are still doubts that Africa will be a key piece on the world’s chess board, a brief look at the most important strategic moves over the last year or so, will lay those qualms to rest.

China showed its hand with the recent decision to play a more active role in the Horn of Africa’s security issues. China’s first move of 2022 is an unfettered preamble to what might be in store for the rest of the year.

The Horn of Africa, and especially Ethiopia, is an important piece of the puzzle in President Xi Jinping’s Belt and Road Initiative. Up until now, Jinping has not interfered in Africa’s internal political issues. The introduction of a special Chinese envoy in the region though, indicates a notable change of tactics. In fact, Jinping’s latest move shows that China will reinforce it presence on the continent, albeit under a different guise.

Although China announced a 33% drop in financing big ticket projects in Africa last year, the country is, at the same time, targeting a potential USD300-billion in imports from African countries between 2022 and 2024. That would make China Africa’s largest export destination, surpassing the European Union (EU) as a whole. It will also put Africa on par with the entire Latin American and Caribbean region in terms of exports to China.

If China dropped the ball in funding some of Africa’s largest infrastructure projects, it certainly upped its game in propping up the continents health sector through fighting the covid-19 pandemic on the frontlines.

China is already the largest supplier of vaccine doses to African countries and has recently committed to donate a further USD600-million doses and locally manufacture USD400-million doses with partners on the continent.

Despite China pulling the plug on funding a few initiatives this year, it remains the fourth biggest foreign investor on the continent. In fact, the country has set itself a target of investing USD10-billion in Africa by 2024 and an additional USD60-billion by 2035, which would make China the top foreign investor in Africa.

Even under stringent covid-19 lockdowns in 2020, the country managed to invest a whopping USD2.96-billion, according to the Chinese Ministry of Commerce.

Jinping’s long term African plan moves into a higher gear in 2022. There will be a strong emphasis on digital cooperation, and a more prominent role for the private sector, with a focus on environmental and social responsibility. Moreover, all indications are a move away from raw materials into manufacturing and industrialisation. Thus, Africa and China will reinforce its relationship in 2022, rather than moving further apart, as some analysts predicted.

Africa back on the American map

While China consolidates its African position in 2022, America will attempt to make up ground lost during the inward-looking years under Donald Trump’s rule. Tony Blinken, the American Secretary of State, made it clear during his visit to Kenya, Nigeria, and Senegal in November last year, that Africa will be a key battleground for influence over the next decade. Blinken’s priorities were clear: a rapid covid-19 recovery, combating climate change, support for democracy, and greater trade and investment.

During his trip Blinken paid a visit to the Pasteur Institute in Dakar, Senegal, where the US Development Finance Corporation has invested USD3.5-million to increase the production of covid-19 vaccines. The Biden administration has invested lavishly in Africa’s health sector over the past two years and is set to continue its goal of vaccinating as much of the African population as possible.

But America has also pledged to fund infrastructure projects on the continent. Blinken signed construction deals worth almost USD1-billion during his African safari, which included a 111-mile highway linking Dakar and Saint-Louis. Blinken said, in a swipe to China, that the Americans would not saddle African countries up with unmanageable debt like China has done. He added that the infrastructure projects would “build on the values we share as democracies,” namely, transparency, accountability, and the rule of law.

The promise of a Digital Africa Initiative in support of connectivity, upskilling and expanded e-commerce, could further enhance America’s position on the continent.

Under President Vladimir Putin, Russian interest in Africa has steadily grown since 2006. Despite Putin’s promises that Russia would not participate in a “new repartition of the continent’s wealth” the country has built strategic military and trade relations across the continent that flies in the face of Putin’s noble intentions. Putin is on a drive to reclaim Russia’s stature as the global superpower it once was, and Africa is central in his aim to show that the country still has influence in most regions of the world.

Over the last few years Russian mercenaries have been involved in several battles fought in Libya, Mozambique, the Central African Republic (CAR) and now Mali. Although the Kremlin has denied any links with the Wagner Group, a paramilitary organisation active in African, is it well known that Putin had close links with its erstwhile leadership.

Putin has built a strong relationship with Ethiopian Prime Minister Abiy Ahmed and provided support for the Ethiopian military’s effort in Tigray, despite the UN, US, and EU’s strong condemnation of Abiy’s aggression.

Russia has sided with Ethiopia as it felt the US was aligning with Egypt over the Grand Ethiopian Renaissance Dam (GERD). Blinken exacerbated the tense situation in March last year when he accused the Ethiopian soldiers of ethnic cleansing in Tigray.

Russia has supplied strategic weapons both as a potential defence against any Egyptian strike on the GERD and to aid government forces in Tigray.

French troops on the ground

Although Russia has been involved in a few military operations in Africa, France still has the largest number of soldiers present on the continent. More than 5100 French foot soldiers still patrols the border areas of Mali, Burkina Faso and Niger, which has become a hotspot for violence.

French President Emmanuel Macron supported a military-led transition from Chadian President Idriss Deby, who was killed in battle with rebel forces in April last year, to his son.

A growing network of ties bind Africa to the rest of the world. The continent’s strategic position and the growing opportunities have put the continent on the world’s centre stage. As Africa grows over the next ten years, these networks and relations will become entrenched as more and more foreign powers battle it out for a piece of the pie.