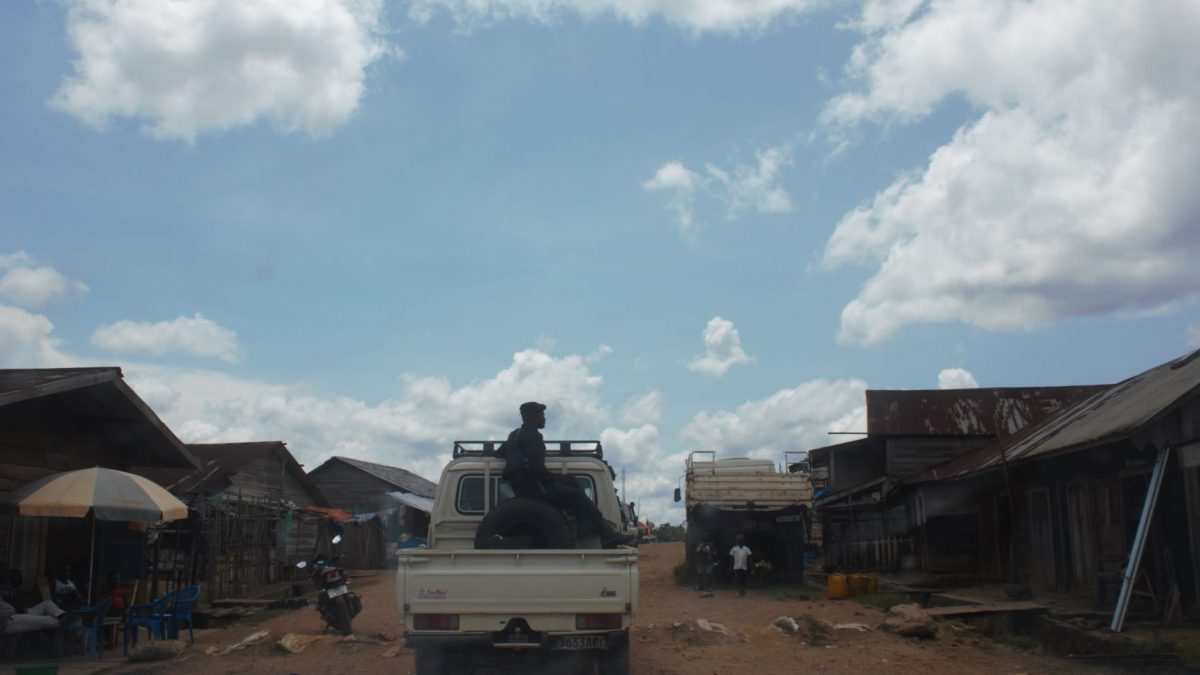 A remote village in the eastern parts of the DRC. The 2023 elections in the DRC will be critical on its road to democracy. Image credit: WhyAfrica

03 April 2021 – The 2023 electoral process in the Democratic Republic of the Congo (DRC) will mark “a new critical stage” in the country’s journey to democratic transition and stabilisation, UN Special Representative Bintou Keita said earlier this week in her first briefing to the Security Council.

Keita, who also heads the UN mission in the country, MONUSCO, urged officials to use the interim period to overcome obstacles, and take advantage of opportunities, so that progress and reforms can be made.

“Indeed, we cannot ignore the challenges, the persistent weaknesses and the remaining obstacles, and to overcome them will require the international community and the government to speak with one voice and act with one accord,” she said, addressing the virtual meeting in French.

Keita, formerly a top official in UN peacekeeping and political affairs, was appointed by the Secretary-General in January.  Since arriving in the DRC, she has met with President Félix Tshisekedi and other top Congolese officials, and with civil society representatives.

Switching to English, she outlined opportunities ahead of 2023, including the formation of a new government, noting “there is a momentum for change that can be built.”

The UN mission chief said she has stressed to leaders that the new government must promptly act on several areas which also overlap with MONUSCO priorities, such as reform of the military and police forces, effective protection of civilians, and ensuring disarmament of combatants.

“I am underlining to all stakeholders the need to act within the constitutional framework and to organise the elections in a timely and inclusive manner, respecting the electoral calendar,” she added.

Turning to MONUSCO, Keita updated ambassadors on its ongoing strategy towards eventual withdrawal from the country.  The mission is preparing to close field offices in the Kasai region in June, and in Tanganyika province next year, while strengthening cooperation with UN agencies working in the areas of humanitarian aid, development, and rule of law.

However, the situation is different in the Kivus and Ituri, located in the country’s volatile eastern region, given the serious security, protection and humanitarian challenges that persist.

“To silence the guns does not only mean military solutions, but political strategies”, said Keita. “These strategies must take into account and address the many social, economic and governance needs, including in relation to the management of the security apparatus and addressing the underlying challenges of land insecurity and improving transparency and accountability in the mining sector,” she said. Meanwhile, President Tshisekedi’s recent assumption of the presidency of the African Union is another opportunity for progress, she added.

“This presidency represents not just the return of the DRC to the African stage, but also it should make it possible to demonstrate the commitment of the country and the region to once and for all silencing guns throughout this part of the continent”, she said, again calling for the Council’s support.